This week I want to write another article on ways to improve your post processing workflow from a performance standpoint. You’ll remember I wrote a blog post about tweaks for Lightroom, well today’s post will not only speed up Lightroom, but also Photoshop and anything else you are using for Post Production. How can I be certain this will enhance EVERYTHING you say, well because for my day job, I am an I.T. Professional of 25 years.

Some of you may or may not have heard of SSD’s also know as Solid State Disks or Solid State Hard Drives, but you may not be sure what they are or how they can benefit you as a photographer. Well an SSD, unlike a conventional hard drive has no moving parts, there are no metal platters inside and no head that reads them similar to an old record player. This first image is a Crucial Labs SSD. 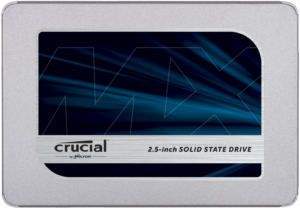 A Solid State Drive is basically a giant memory card, so it can read and write data insanely fast compared to a conventional hard drive which can only read and write at the speed that it’s platters spin at. When SSD’s first came out 5-10 years ago they were extremely expensive as most anything in electronics or computers, but over time, they become more and more cost effective in comparison to their platter counter-parts.

How will an SSD speed up your Post Processing and workflow? Well, the latest SSD’s are capable of reading and writing data at 6GB/s, that’s 6 Gigabits per second compared to platter drive which can only write at upwards of 15,000 Bits per second and that’s only if you buy the expensive SAS drives, which are usually used more in servers than home computers.

I went this weekend and bought a used Mac Mini Server as a second computer and bought a 2012 model as it is the last year Apple made them user upgradeable, allow you to add more RAM and to easily swap out the hard drive from the old style platter model that only ran at 5,200 RPMs. I then went to Microcenter and bought a nice Crucial MX200 series 500GB SSD in 2.5 inch form factor. The Crucial is the best in SSDs and they have been one of the leading makers of system memory for decades, so it only stands to reason that they would also make the best SSD’s since, again, an SSD is nothing more than a massive memory card that plugs into the hard drive ports on your computer and doesn’t erase when the system is rebooted or powered off like RAM does. The model I bought it 500GB @ only $149 and will allow either a Windows or Mac based system to boot from cold start to the desktop in 7-15 seconds! This next image is also an SSD, but this one is a PCIe version, which is like a big memory stick!

An SSD will also allow your applications to load hundreds of times faster such as Lightroom, Photoshop, or even Apple Final Cut Pro X video editing software which I use for my DJI Phantom 3 Professional videos. Ever seen that dreaded hourglass or spinning beach ball in Window or Mac? Well kiss them goodbye with an SSD as those kinds of things never happen again. Even though your Windows machine will still need to be defragmented now and then, image your Defrag only taking minutes instead of hours.

Now I am sure a lot of you are thinking, “How can I get this in my current system?” Well if you are handy with a screwdriver, most people can replace a hard drive themselves and then just restore your Operating System and applications from backups or do a clean install. A Windows 10 install that can take an hour or more on a conventional hard drive can be installed on an SSD in 15-20 minutes! If you don’t have the stomach for this work yourself, find a local computer shop that will swap out the drives for you for a reasonable fee. If you do decide to tackle it yourself, Google how to do it as many videos exist on YouTube that will show you step by step how to do it yourself.

Trust me, once you’ve gone to SSD, you’ll never go back to an old style hard drive again and you’ll certainly appreciate the boost in speed when doing your Post Production.